FIXE has found that some batches of FIXE-1 PLX fastener tabs are subject to unusually high levels of rust under the impact of a marine environment. For this reason, the company has decided to recall affected batches.

The affected FIXE bolt tabs came from the batches of the numbers 0116 to 2216. Where are the first two digits between 01 and 22 and the number always ends on 16. The PLX bolt tabs are made of duplex steel, a material that has excellent corrosion resistance due to its chemical composition and internal structure. 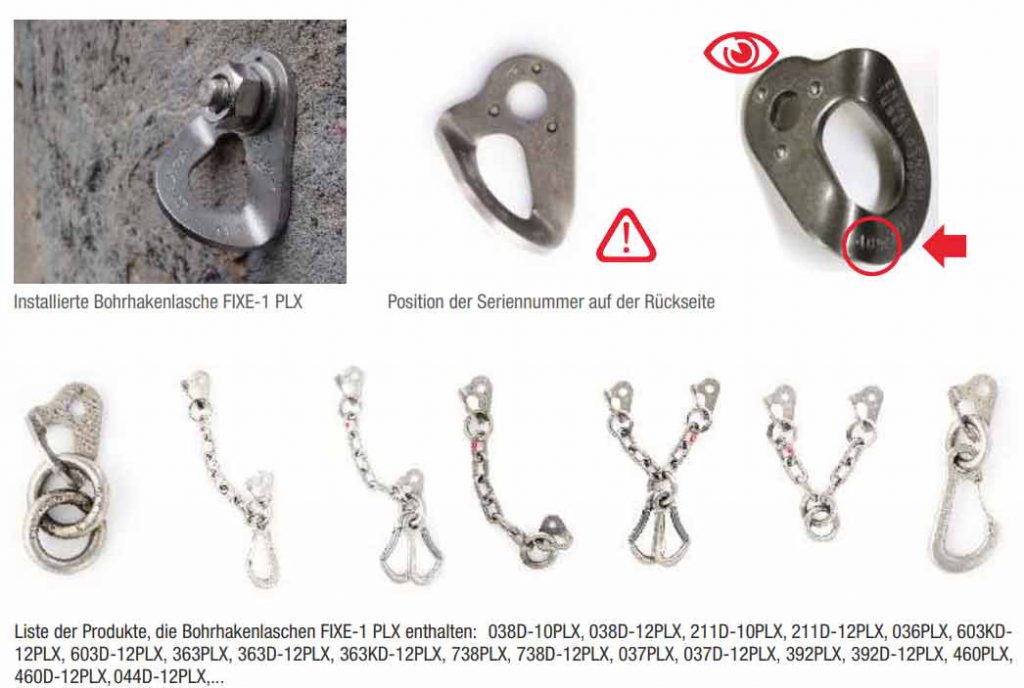 Therefore, if you find any rusting or have FIXE-1 PLX (or diverter and rappel) brackets that are installed or are to be installed in a marine environment with a lot number between 0116 and 2216, we ask you to do the following E-mail address to contact us: [email protected]

How was that determined?

Some customers have come to us with FIXE 1 bolt tabs that showed signs of rusting, with the bolt tabs always installed near the sea. The rusting is completely unusual, because the material is very resistant to corrosion. Based on the detected cases, we started an internal and external investigation, tested the material properties in the laboratory, tested the manufacturing process and carried out a corrosion and load test. The most definite were the results of the corrosion and load test. 3 720 samples were sprayed with salt spray from each batch for 9227 hours in accordance with ISO 117 (ASTM B959) and then subjected to a tensile test in accordance with EN2216. Batch samples prior to 2216 showed signs of corrosion and reduced strength. By contrast, the XNUMX batches were free from corrosion and their strength was not compromised.

Could PLX bolt tabs from another batch also be affected?

No, we have already checked all batches and only the batches mentioned tend to rust. What is the difference between batches? Apart from the date of manufacture and the material batches, we have significantly changed the production process of the FIXE-2216 hook fasteners after the 1 batch: Batches up to and including the number 2216 used a production process with an unfavorable surface finish, which, as stated, corrosion resistance of the material has significantly affected. For the 2216 batches, the manufacturing process has been completely reorganized, so that an optimal surface finish is achieved, which ensures a high corrosion resistance of the product.

Are other PLX products affected?

We at FIXE believe that any unforeseen impairment is critical, regardless of its extent. For this reason, we ask you to contact us if you have bolt tabs from an affected lot to inspect and replace.