As Beni Blaser reports to LACRUX, all Swiss reached the semi-final of the lead qualification. Beni himself is pleased with his personal performance, as he has not been to sport climbing lately. The semi-finals and finals will take place today. Climbing is in Duel mode as on the Arco Rockmaster. We are looking forward to the results of the Swiss guys.

The results of the semi-final qualification are there. Beni Blaser, Daniel Winkler and Sandro von Känel occupy the places 15, 12 and 13. Patrick Nacht, Remo Lehmann and Frank Gurtner ranks 21, 24 and 25 respectively. Congratulations to all! We look forward to tomorrow's bouldering qualification (Sunday, 25, February 2017). 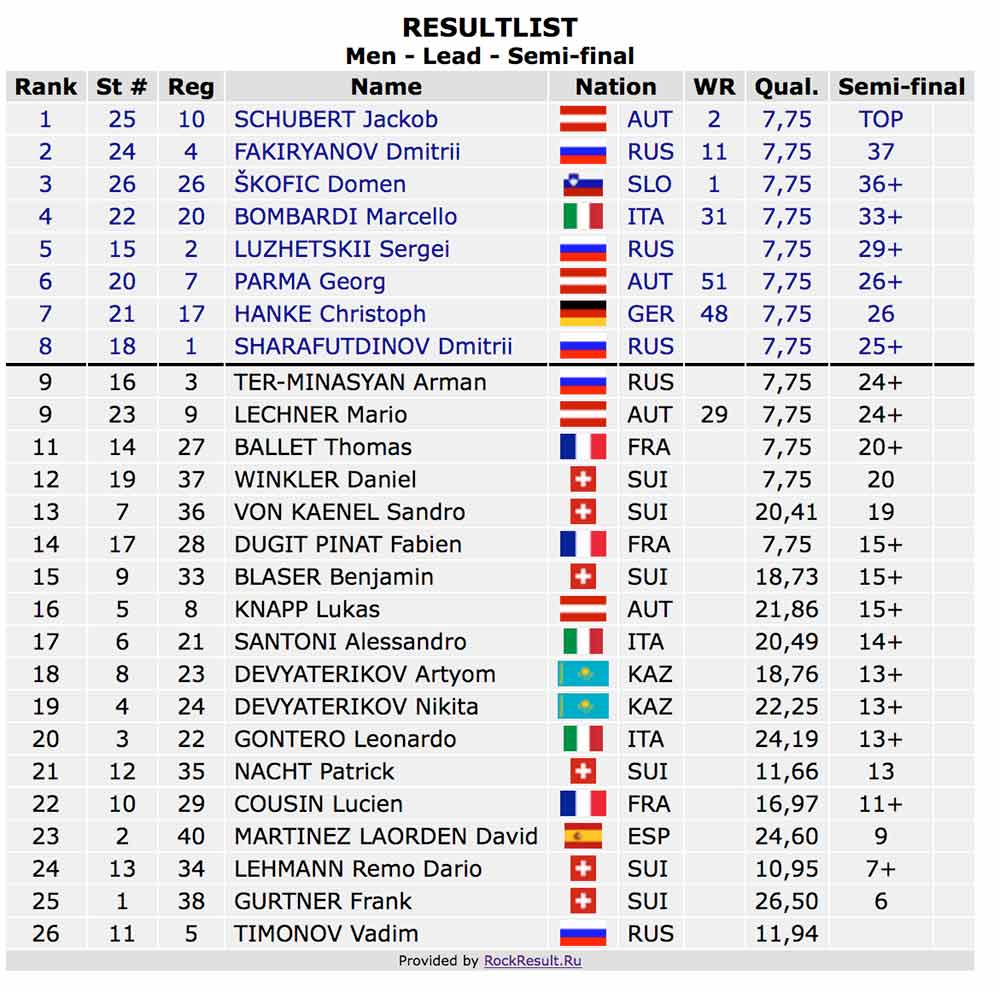