Fewer and fewer climbers secure with the half-mast throw. Semi-automatic safety devices are particularly popular. One of them is the Smart 2.0 from Mammut. Our guest author Jeannine Zubler has tested the Smart 2.0 and the special essay "Smarter" for you.

A guest contribution by Jeannine Zubler

As a climbing instructor, I tested the belay device extensively on the rock and in the climbing hall and discussed it with colleagues. The device makes a very good impression. It looks solid and well made. The design is kept simple. The shape is a little different and more ergonomic than the old Smart. The beak is shorter and the opening through which the rope runs has a slightly different shape.

Easier handling thanks to new shape

These improvements are noticeable in handling. The payout and pulling in of the rope runs much more smoothly, the device blocks less quickly. When lowering, the speed can be well controlled. Mammut recommends using your Smart HMS carbine with safety gate, which prevents twisting of the carabiner. But it can also be used another carbine.

You can do that Smart 2.0 device-specific operation by slightly raising the beak of the device and pulling out the rope. The tuber method as a normal ATC is also possible what a switch from a conventional tuber to the Smart 2.0 facilitated. Pull rope works the same as one Tuber, To deflate the nose of the Smart 2.0 slightly raised. So the tempo can be dosed. The device runs very well here as well. Otherwise the functionality does not really differ from other supported tubers like Click up, MegaJul or Salewa Ergo Belay.

Addition to the Smart 2.0: Smarter

In addition to Smart 2.0 An essay is available, which should provide additional protection against misuse. If the backup hand raised above the device line, so should Smart 2.0 thanks to the essay still block. The attachment can be easily attached to the device and easily removed thanks to a small tab. To insert the rope, it can be raised. However, the essay unfortunately affects the function something. Operation is only possible device-specifically. In the tuber method, the device blocks, which is a disadvantage. In addition, the rope is no longer so round and the device often blocked. For beginners or climbers who want to switch from backing up with the half mast throw to a supported device, it certainly provides additional protection against incorrect operation.

So far that is Smart 2.0 only available for single ropes and without stand suspension and therefore only suitable for single-rope lengths. Abseiling would theoretically be possible on the single strand, but not on the double rope. Thus, it is for the time being not for multi-pitches and alpine climbing tours in question. But since the old Smart is available as alpine version for the double strand and with stand suspension, one can hope that Mammut delivers this version.

The Smart 2.0 is a recommended alternative to a normal tuber since it has a supported braking effect. Compared to its predecessor, the device has been improved, it is more ergonomic and the rope runs easier. The Smart 2.0 is very easy to use, it fits well in the hand and has a nice size. Spend rope as well as draining work very well, it runs around, can be easily dosed and does not block at the wrong moment. The Smarter Tower provides additional protection against mishandling, but at the same time makes the operation more cumbersome. Only downside: the Smart 2.0 From Mammut is available only for the single strand and without stand suspension.

Get the Smart 2.0 and the Mammut Smarter attachment

The Smart 2.0 works like its predecessor, according to the tuber principle and is suitable for both ascent and for top rope climbing. 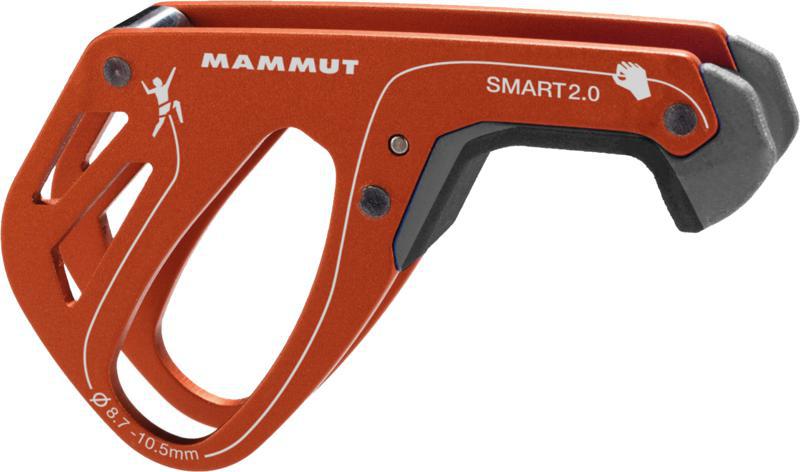 The Smarter is an add-on for the Smart 2.0 device. It assists the belayer in avoiding application errors. 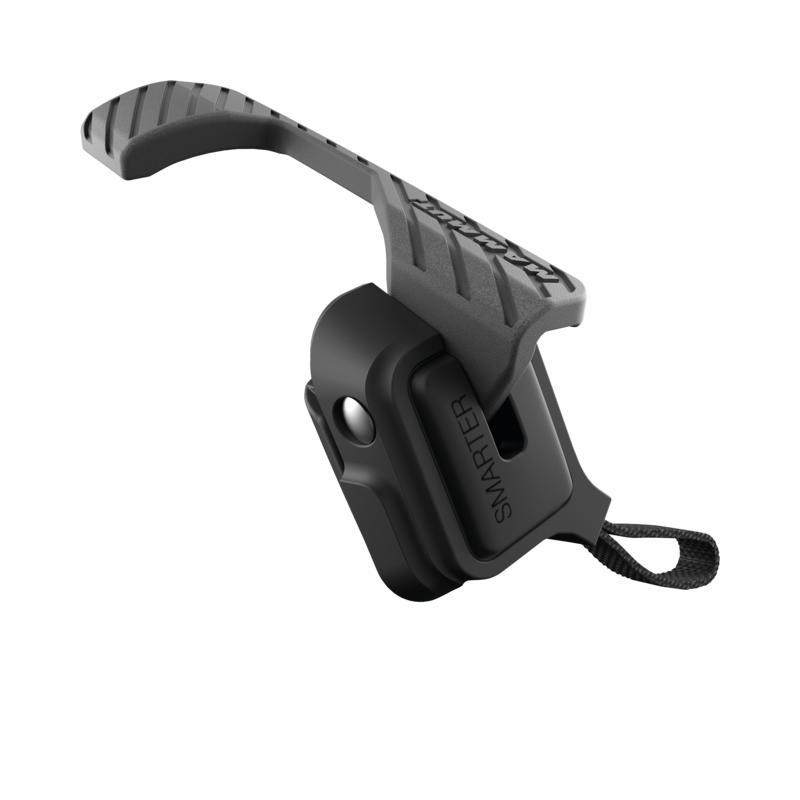 about the author
Jeannine Zubler is a freelance journalist and copywriter. She spends every free minute in the mountains and climbing and writes about everything that happens in the vertical. www.jeanninezubler.com