The Olympic Combined Olympic Combined format was used for the first time at the 2018 World Climbing Championships in Innsbruck. The athletes compete against each other in the three disciplines of lead, speed and bouldering. How the Olympic format works, we explain to you here.

The first discipline of the Olympic combination format in climbing is speed. After a short break (15 minutes), the second discipline follows with bouldering. Finally, the athletes compete against each other in the lead (lead climbing) discipline.

The process of discipline Speed 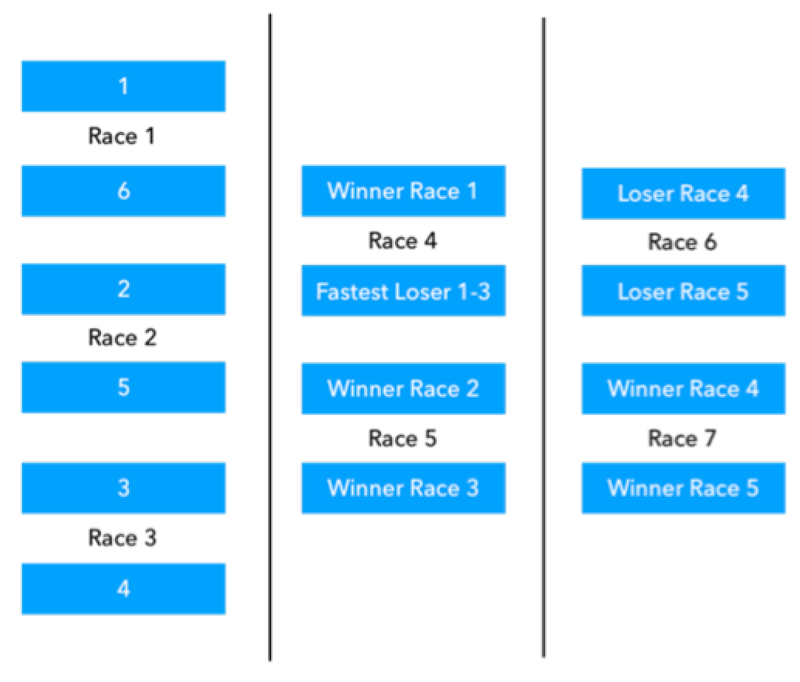 Following the discipline Speed ​​six athletes compete against each other. The starting list in bouldering corresponds to the reversed intermediate result (speed result). Among the six participants, one round will be held, which corresponds to the final of the single format Bouldering. This means that the six athletes complete a total of four boulders and have four minutes each.

The last discipline in the Olympic Combination format is lead climbing

That's how the ranks are made

The ranking is determined by a points system. For the creation of the ranking, the results (placement) from the three disciplines are multiplied. The fewer points that result, the better. If two athletes have the same number of points (ex-aequo), then the one who was in two disciplines wins the other. Example: Athlete A takes the first place in the discipline Speed, the third place in bouldering and the fourth place in the lead (1 x 3 x 4). He therefore has 12 points and beats athlete B, who takes the second in speed, the first in bouldering, and the sixth in the lead (2 x 1 x 6) because he achieved a higher place in speed and in the lead.

What happens in exceptional cases?

In the unlikely event that of three athletes each in a combination discipline once the first, once occupied the second and once the third place, so the qualification result of the combination is used. So the ranking with which the athletes started in the Olympic combination format.