The German professional climber David Firnenburg succeed the second ascent of the route L'isola che non c'è. The route is in a cave near Amden and was built by Fred Nicole just over 10 years ago, on 14. March 2009, first time. We talked to David about walking the route. You can find the video of the walk-through at the end of the article.

Why did you choose the route L'isola che non c'è as a project? What excited you about the route?

The first time I came across "you" when I saw the Movie Core by Chuck Fryberger have seen in the Fred Nicole climbs in a steep cave in Amden. In the film section, the overhanging groin climbing on fine rock, Fred as a master of his subject with contagious aura and the mystical-enchanting location around the cave is shown around. That inspired me and I wanted to visit Amden as well. Also against the background, as it is only a stone's throw away from Zurich, where I live since a while. I recorded this atmosphere in the movie when I first came there. Simply idyllic and the perfect place to devote yourself with full concentration and peace to a heavy rock project.

The route is overhanging, looks a bit like Witness the Fitness, Did you train specifically for the route?
No. I was with my brother Ruben for the first time in 2016 in Amden. In 2017 also a few days. And again this year. I am always in Amden when, in addition to the indoor training for the competitions (and the associated trips) and my university, I found time and the weather was right. It has always been nice to escape the city to a quiet place with a challenging piece of rock. By the end of this year, my fitness has been so good that I knew I could climb L'isola quickly. Last year, I was already in the last heavy moves, so it was then just before an ascent. In October this year I was in for three weeks South of France on the rock and I got a good stamina. A few more weeks with additional hall training for the German Championship (DM) in the lead have consolidated my form. The success with a victory in the DM and the passage of "Classified" (9a / 9a +) in the Frankenjura immediately thereafter made me so confident that I took this wave of euphoria with me to Amden and the part off relatively sovereign could off. My fitness is very good, I was only allowed to make mistakes and stay relaxed. It worked and the passage and the time in Amden made me really happy inside. To celebrate the day I jumped right after the passage into the cold river, as I promised my friend Andrea Kümin.

In the lowlands yesterday it was brutally foggy. What were the conditions in Amden for your climb?
As if by magic, when we arrived at 15. November 2018 opened the dense fog cover, it was suddenly blue sky and sunshine and the rock completely dry. I had feared worse in the morning. Then I warmed up, spent a try because my foot slipped unexpectedly and then in the second attempt of the day, I climbed the route. When we packed our things to leave, the sky has closed again, the fog came back and slowly crept into the forest and the stream bed in which the cave sits. I had to smile and was just thankful that I was given a chance that day. Soon it will be colder again. Then my fingers freeze on 25 + trains. I am grateful for the mild November.

For any inquiries, We're here to answer you. 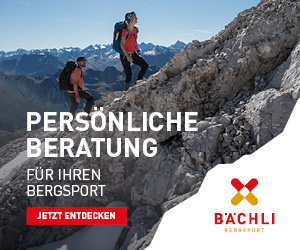