Patrick Matros and Dicki Korb train well-known top athletes such as Alexander Megos and are known far beyond national borders with their training bible "Gimme Kraft". Volker Schöffl has made an international name for himself as a climbing doctor. From now on, the trio will present climbing-specific compensation training according to ACT on Lacrux. This article explains what their Adjunct Compensatory Training is all about.

A contribution by Patrick Matros, Dicki Korb and Volker Schöffl

The large number of different movements results from outdoor climbing on the one hand from different types of rock (limestone, granite, sandstone, etc.) and their specific grip and step shapes or differences in rock friction.

On the other hand, the triumphant advance of indoor climbing continues, with different steep wall gradients and surface reliefs, which are at the most different angles to each other as well as countless grip and step forms, ensure an almost endless number of possible variations. Especially in modern indoor bouldering, the standards are currently being set in this regard.

Analysis of injuries and signs of overload

This variety of climbing movements, consisting of pulling, supporting, pressing, turning and swinging movements, makes it very challenging to find out where the "weak points" in the musculoskeletal system of the climber are, which are the cause of symptoms of overload or overuse due to neglect or overuse Represent injuries in climbing sports. 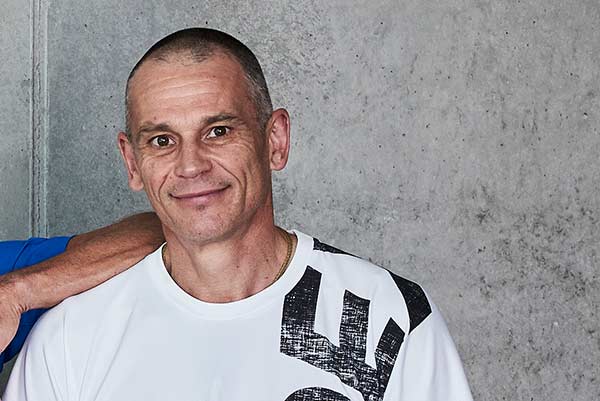 Volker is the head of the sports orthopedics section
at the Bamberg Clinic, team doctor
German climbing teams and probably the
best-known German "climbing doctor" ever.
Of course he is an ambitious climber himself
and boulderer and is for over 100
First ascent up to 8b/fb8a+
responsible.

A first evidence-based step results from a targeted analysis of specialist medical diagnoses of climbing injuries and symptoms of overuse and their anamnesis. The sports medicine base of the Bamberg Clinic under the direction of Prof. Dr. Volker Schöffel is one of the world's leading institutions.

The next step is to identify problematic movement patterns when climbing, to understand the corresponding functional anatomy and to analyze where one-sided contraction patterns and limited ranges of movement can develop into myofascial dysharmonies and imbalances.

The myth of antagonist training

One quickly finds out that an undifferentiated «antagonists training», as is now often described, practiced and advertised, largely misses the idea of ​​preventive compensatory training.

With our Adjunct Compensatory Training we pursue the goal of compensating for one-sided movement patterns and strengthening structures of the musculoskeletal system that are exposed to high levels of stress from sports-specific techniques.

However, we do not practice strength building training in the sense of a simple antagonist hypertrophy, but orientate ourselves towards criteria such as high active control of a balanced ROM (range of movement) of the muscle-joint complex with the aim of a balanced and functional posture and corresponding innervation pattern functional muscle chains. 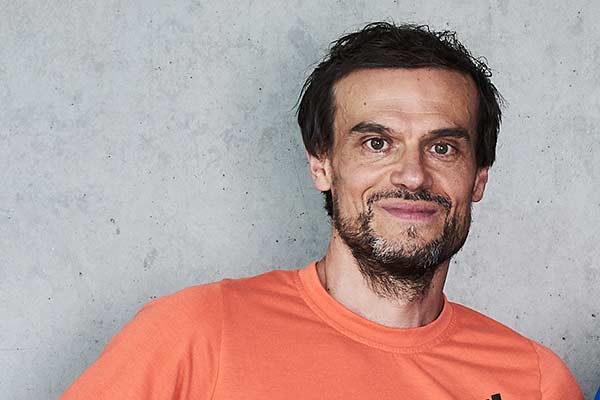 That's what ACT training is all about

In practice, this means that the visual attractiveness of the exercise, which is often determined by impressive and force-generated body positions and the creation of more and more instability by appropriate training equipment, usually does not matter.

This often brings the actor into movement positions that initially feel uncomfortable. But that's exactly where the actual training stimulus is set with the step out of the comfort zone, which leads to the desired adjustments. 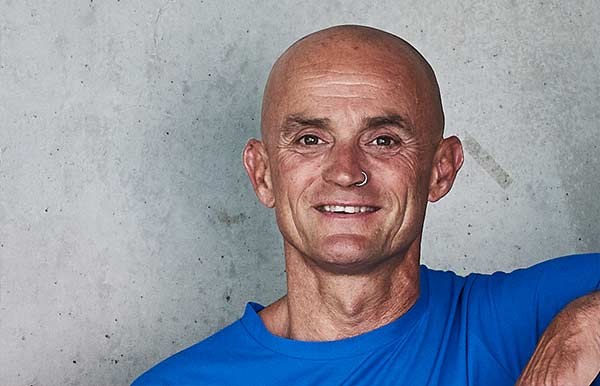 Dicki is sport climbing and functional
Coach, therapist and educator. He
has been climbing for 35 years and has 20 years
Experience in climbing training with a
multitude of the best athletes in this sport,
and has the world-renowned training book
«Gimme Kraft» together with Patrick Matros
written.

ACT training: What it is and what it doesn't want to be

Let's take a popular example from training practice: the IYT exercise on the sling trainer. In this exercise, one pulls the entire body from a more or less reclined body position, with the arms straight at the elbow joint, to a less reclined or upright position. This is done in three pull variants of the arms:

Basically, the aim of the exercise is to strengthen certain muscle groups of the shoulder girdle, which prevent or reduce a problematic posture in the trunk-spine complex. At the same time, the so-called "core" (i.e. the core of the body in the sense of the torso muscles) should be stressed and trained.

In the IYT exercise, a kind of “counter-movement” in three different arm positions tries to strengthen exactly those muscles that are intended to compensate for upper cross syndrome. Actually, that's a good and sensible thing.

Video: One of numerous instructions for the Y exercise on the sling trainer

IYT exercise and the pitfalls of compensation

In the concept of our ACT training, however, it is precisely the ROM of the corresponding muscles and muscle loops that is neglected in the sport practiced (maximum opening of the arm-torso angle) that is important and this is hardly achieved in the IYT exercise, because it can be massively compensated beforehand with the lumbar spine, because the exercise is performed in a half-plank or standing position, i.e. "open lumbar spine". This problem in particular is often reinterpreted as an additional exercise advantage in the sense of core training. However, it misses the actual goal!

Instead, we recommend, for example, as an exercise for improving active control of the maximum ROM in the arm-trunk angle, the exercise «raise arm in heel seat», which ensures isolated control («closed lumbar spine») and thus improvement of the problematic innervation pattern and yet the propagated advantage of the sling trainer - exercising in functional muscle slings.

Therefore: Help and support our magazine with a small contribution. Naturally you benefit multiple times. How? You will find out here .