A few weeks ago, the new bouldering guide "Verzasca Boulder" was celebrated in Brione. The Verzasca Valley in Ticino, especially the blocks around Brione, has long since established itself as an extremely popular and much visited bouldering area. Now Ticino Boulder has released the first guide to the region.

The wait has come to an end: the topos of the increasingly popular Verzascatal, which has become increasingly popular with bouldering fans, have been available digitally over the past few years. "Bimano" and "27 crags»(Available both as a web page and as an app), Ticino Boulder finally has one Leader in paper form compiled. This is after Chironico Boulder, Cresciano Boulder and Gottardo Boulder continued the series of first-class Tessin Boulder Guides and added another book.

Just in time for the bouldering season in Brione

Anyone who has ever bouldered in Verzasca Valley and dealt with the local events, knows that Climbing in some sectors during the period between the end of March and mid-October for agricultural reasons is prohibited. That the new leader Shining right now at the end of October is certainly no coincidence; orange-red discolored forests and pleasant temperatures invite to autumn bouldering days in the Sonnenstube in Switzerland.

A first look into the book

One thing is to be anticipated: the leader Verzasca Boulder is much more than just a compilation of simple boulder topos! The first few pages are devoted to general information about the Verzasca valley as a bouldering area, about ethical topics in bouldering and the evaluation of the difficulties of the Boulder (in the Guide the Fontainebleau scale is used).

Apart from a foreword to the readership, which is printed exclusively in English, the complete guide is written in three languages ​​in Italian, English and German.

On the approximately 160 pages of the leader Ticino Boulder, the 19 sectors of the bouldering area of ​​Brione are presented and presented in detail with their multitude of bouldering and various routes. In the selection of the boulders and in particular of the individual problems, the authors attached great importance to maintaining the naming in the sense of the first visit.

Each sector forms its own chapter. An overview map in the book cover as well as a map at the beginning of each new chapter facilitates the orientation in the area. In addition, each sector is provided with GPS coordinates. Practical is also the respective table in each sector, in which difficulty levels how many problems can be found.

Not only the large number of routes listed in Verzasca Boulder, but also the quality of the presentation speak for themselves. The symbols used are easy to understand, in case of doubt index and glossary help further.

The technical photos in black and white are complemented by aesthetically pleasing color photos. Extremely valuable especially for Verzasca newbies are additional information on walking times from the road to the boulders, information on private grounds and information on particularly beautiful problems.

With the Verzasca Boulder The anticipation for the big granite blocks grows in the hands and there is really only one thing to say: Have fun bouldering! 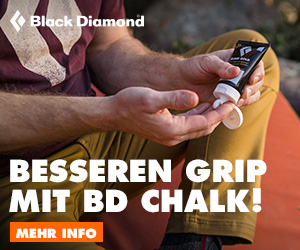